One of the most iconic eateries in all of Anguilla, Uncle Earnie’s Beach Bar at Shoal Bay is proudly located on one of the most beautiful stretches of sand in the entire Caribbean. This family-owned and family-operated bar has been a mainstay on Anguilla since Uncle Earnie opened his doors in 1984, and tourists and locals alike flock to it thanks to its unpretentious atmosphere. We can’t think of anywhere else we would rather rub elbows with the islanders, share a cold beer, and take in the incredible views of this immaculate beach.

Good Times, All the Time at Uncle Earnie’s

Uncle Earnie’s Anguilla is open daily for lunch, dinner, and drinks from 10am to 6pm. Sundays they feature live music from popular keyboardist and saxophone player Keith Gumbs, but no matter the day and time there is always something fun going on. Here the atmosphere is laid back, the crowd is friendly, and the drinks are ice cold and dirt cheap. Be sure to check out the cheapest beer on island, and don’t miss out on a glass of Uncle Earnie’s special Rum Punch!

A Feast in Paradise

People don’t just come to Uncle Earnie’s Anguilla for the drinks and the vistas. Their menu features a loaded lineup of ribs, burgers, fresh seafood, and other island delicacies including crab and lobster (in season). Try the Hot Dog a la Ernie, the Hamburger, the Cheeseburger, or the Fresh Local Fish, or splurge and get that lobster tail (one of the cheapest lobster vendors on island!).

When it comes to drinks, Uncle Earnie’s has you covered. After their world-famous rum punch, they also offer a loaded lineup of Coladas: Piña, Guava, Mango, Lime, Passionfruit, and even Strawberry/Raspberry/Fourberry/Banana!

Earnie’s is as laidback and casual as you would expect a beach bar to be, but the service and the food are top notch. Just be prepared: they don’t accept credit cards (cash only!). So if your travels take you to Shoal Bay (and they should), make sure you take the time to scrunch some sand between your toes and throw back a cold refreshment or two at Earnie’s. You’ll be glad you did.

Take your leftovers back to your Fountain Anguilla rental and enjoy them with a beautiful view of the sunset; reserve your stay with us today! 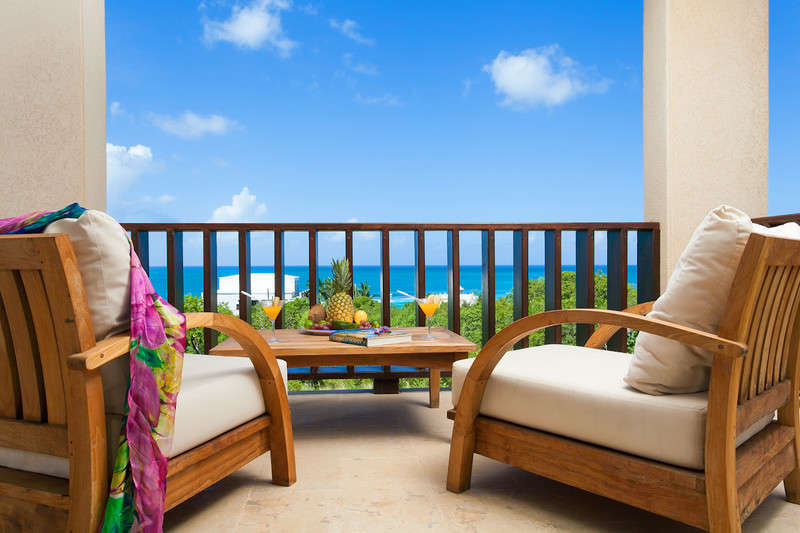 The Fountain Anguilla Resorts managed by Refined Retreats offer suites, one and two bedroom condominiums with much more space than a typical hotel. Newly constructed with modern amenities and all just steps to famous Shoal Bay Beach!